Explaining the Four Layers of the Sun's Surface

What are the four layers of sun's surface? 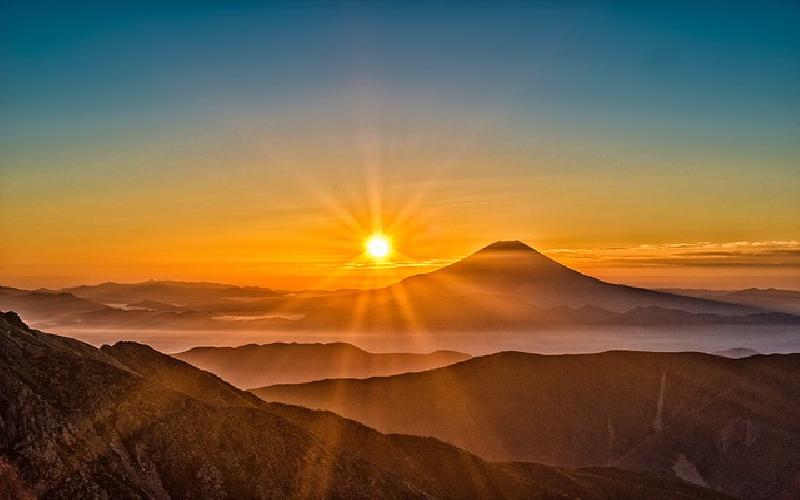 To understand this, it is better to understand first the sun’s structure and its characteristics. First, the sun’s surface is not made of a solid material unlike planet earth, this is at least what we can observed so far since it is very difficult to observe the microstructure of the sun’s inner layers. The surface of the sun is composed of hot burning gases. And these gasses are composed of four layers of gaseous matters which hide the inner layer that lies underneath it. This is the main reason why up to this day, we didn’t know what the inner structure of the sun is.

Next, we must know what does the layers of gas made up.

The forth layer – the photosphere – is the visible part of the sun’s atmosphere and one that we see when we look directly towards the sun. And most of the time, we can see dark sunspots over its bright surface.

In the reversing layer, it is made up primary of gaseous vapors which is extended up to several hundred miles from the photosphere of the sun. We cannot see this layer of the sun but scientists are able to study it by an instrument called the spectrograph.

Next to the reversing layer is the chromospheres (sometimes called the color sphere). The chromospheres extend to about nine thousand miles from the reversing layer. It is made up of hydrogen and helium gases. During a total eclipse, the chromospheres shine out around the dark disc that resembles a brilliant light. From the borders, you will notice flaming colored clouds that shoots out to sun at long distances. The flaming lights can shoots up to a million miles from the surface. These lights are called a prominence which looks like huge flames of fire.

The last outer layer is called the corona. The corona is composed of a light, gaseous matter which has two distinct parts. The first inner layer of the corona which is lying to next to the chromospheres is a gas with a band of pale yellow while the outer corona has a white color with streamers that extends for millions of miles from the edge of the sun.

To date, these four layers are what was already studied and known. What goes beyond these is still a mystery to our scientists today.

TAGS : Four Layers of the Sun reversing layer photosphere photosphere and corona atmosphere of the sun surface of the sun
Let us know how you like this article. Like it and Rate it below.
6.47K 0
0
Thanks for rating this article
0 stars - by 0 user(s)

Where I belong...New ways to contribute to humanity by posting relevant blogs and articles. Back from the grave..

There are no comments yet.

The Importance of Ethics in your Professional Life

Things to Consider Before Writing a Book...

Why should we learn new languages?...