The Education System during the Spanish Occupation

The first batch of the Spanish Missionaries founded the first primary school in the Philippines on 1582. The first schools were intended for the church parishes during those times. This were headed and run by the Parish Priests. The most important aspect of teaching that was taught is religion. The children were also taught how to read, write, count, draw, sing and how to work.

The mode of teaching is memorizing of the lessons. The Filipinos can easily be taught and learn because of their natural intelligence and their high interest in learning.

By virtue of a law imposed on 1863, it is mandated by the government to have one common elementary school for males and one for the females for each province.

They also founded a normal school for the teachers under the leadership of the Jesuits. The municipal government was mandated to administer this. It is also mandated by the law that the Spanish language will be taught be free of charge as well as for the primary education.

Under the same law, it is also mandated to open up a provincial school which will be run by the parish priests. There were many teachings taught to the male students such as geography, farming, and history of Spain, mathematics, writing, Doctrina Christiana (Christian Doctrine), proper manners, and singing. Whereas, for the females; they were taught of geography, history of Spain, embroidery and weaving, and cooking.

Some of the earliest schools build by the Spaniards were:

They also founded the Colegio de Santa Potenciana, the first female school in country on 1589 as well as the Colegio de Santa Isabel on 1532. The missionary nuns coming from different congregations were mandated to run these schools. They taught Catechism, Spanish and Latin languages, writing, reading, math, history, music, good manners, and the knowledge of housekeeping.

There were many Filipinos who finished their college degree in the field of medicine, law, writers, pharmacy, and others. Among these were Dr. Jose Rizal, Apolinario Mabini, Graciano Lopez Jaena, and Marcelo H. Del Pilar.

Author’s note: Another compiling story and history of my motherland and its citizens.

Where I belong...New ways to contribute to humanity by posting relevant blogs and articles. Back from the grave.. 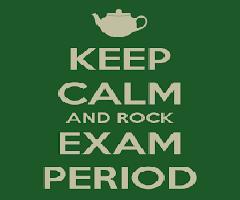 7 Best Methods To Study During Exams

Exams should always be remembered for right reasons. While one prepares by giving their all, exams should bring in more to a person. 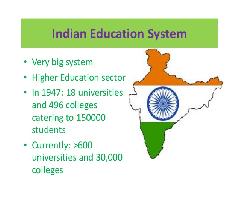 Traditional Education System Of India And The Indefinit

The article focused of the study of education system in India and to understand the larger picture why there is existing gross unemployment and unemploybility even after high number of recognized Universities and Colleges producing lakhs of graduate every year.. 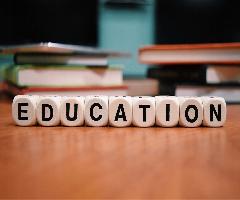 What Are Various Types Of Education?

Education is an important investment in an individual's as it will serve many purposes in a person's life than attaining the necessary educational and professional qualifications. This article will look at the three types of education, noting the differences that exist in each type and the purposes they serve..